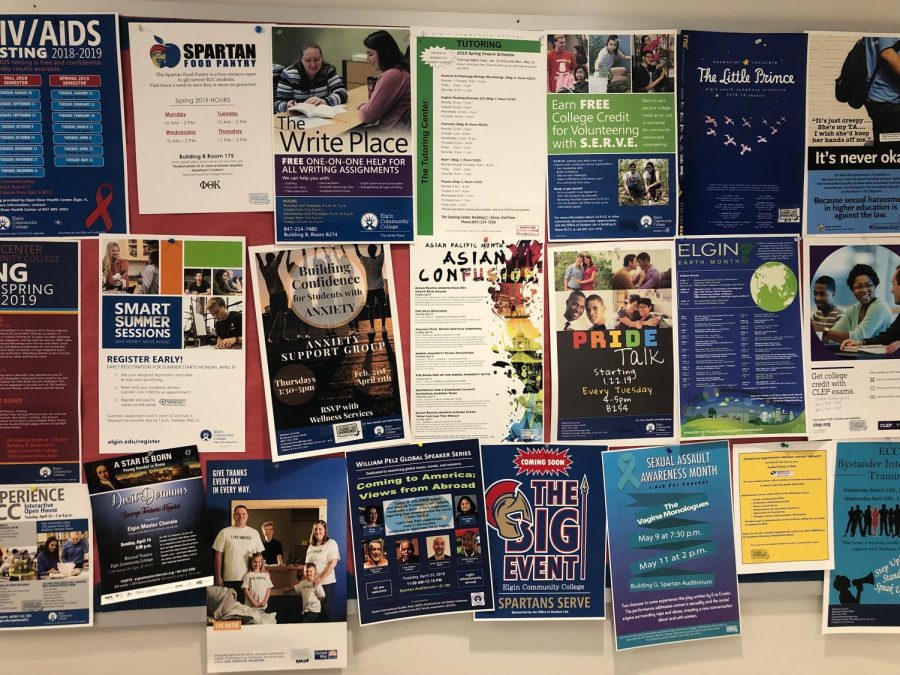 Some students would like to change the way events are advertised.

Election season has once again come and gone, and the results are in.

Clare Ollayos won reelection on the ECC board of trustees with 7,693 votes. She won her first election in 1995, according to an article by the Daily Herald.

Newcomer Shane Nowak won a seat on the board for the first time, receiving 7,897 votes. Nowak graduated ECC in 2002 and has previously lost a bid for the board. Nowak has previous experience in the higher education field.

Elgin Community College had elections for the student body as well. These results were shared in an email to students and faculty.

“I was like ‘Hey, I can try to run for student body president to see what I can do to make a difference,'” Basilio said. “I had a talk with my good friend about if I could do it.”

Basilio wants people to know that she is deaf, but that does not hinder her ability to lead in any way.

“People need to be aware that I am deaf, and I can do anything except hear,” Basilio said. “Why? Because I was often judged because they did not think that I looked like a deaf person or a person [with a] disability. They’re likely unsure how to communicate [with] me, and they never did it.”

She wants to help and inspire disabled students at ECC during her presidency.

“So, I want to step up about my courage and bravery to face the situations,” Basilio said. “I never thought I would have won and I might be the first deaf student body president. Give me a high five! People should not be afraid to communicate with me or someone else who has a disability.”

The new student government will meet on April 17, and they’ll begin determining goals to better ECC.

Some students, like first-year-student Ally Formeller, would like to see some minor changes that could make a big difference.

“I would change how events and activities are advertised and held so that more students can get involved,” Formeller said.

Other students share similar concerns but also like how things are and don’t see many problems that could use fixing.

“I would change the structure of things on campus, like going to events and things like that,” said first-year-student Justine Kisiel. “It’s a hard question for me because I don’t really have that many problems or things I would like to see changed.”

You may contact [email protected] for more information about how to run for student government in the next election cycle.