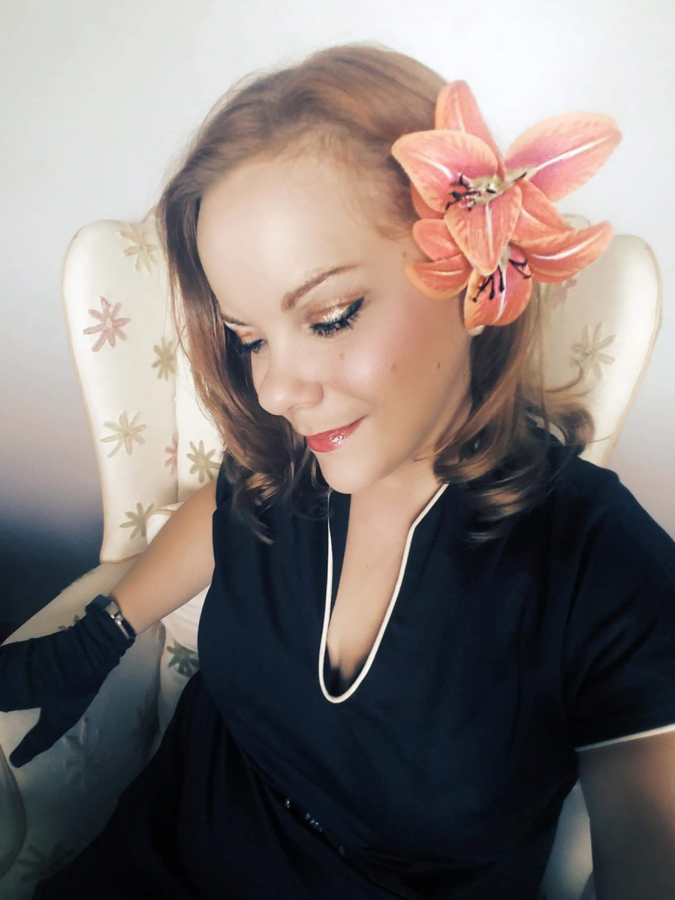 Arial Larson wearing an outfit inspired by the vintage fashion that she has adopted as a lifestyle. (Photo by Courtesy of Arial Larson)

If there is anything materialistic that can speak to your personality, it is the way you dress.

The style and vintage fashion have been seen more and more in our society, from people who complement their outfit with a few old accessories, to people who choose to wear vintage all the time.

Choosing to wear vintage clothes goes way times beyond dressing in a different style that looks good on you.

Arial Larson, an adjunct communication instructor at Elgin Community College, was attracted toward this style a few years ago, after one of her closest friends invited her to an event called World War II Days at Midway Village Museum in Rockford, Illinois, in September of 2015.

According to Larson, she attended a USO dance as part of this event, and that was her first time wearing vintage clothes. 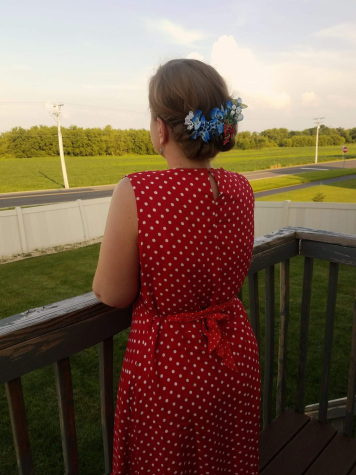 Arial Larson poses for a photograph, wearing one of her vintage outfits on a normal day.(Photo by Courtesy of Arial Larson)

“I walked into this big gymnasium and it was like being transported back in time,” Larson said. “The clothes that people were wearing and their styles were like in the movie Pearl Harbor, and even though it was just an event, I knew I wanted to dress like that all the time.”

Larson began researching through social media and found that, in fact, there were people who wore vintage clothes all the time, people who had transformed their closet to be more “ethically minded.”

“It’s not only a way to express oneself through clothing; it’s so much more. It’s about sustainability and shopping ethically,” Larson said. “When you buy and thrift used or true vintage clothes, you are being an ethical consumer.”

According to an article published in The Guardian back in 2017, a study found that at least three-quarters of consumers are throwing away their clothes rather than recycling or donating them. The study also mentions the main reasons why people do not donate or recycle clothing with 49% saying they did not think they could because the clothes were dirty or worn out, and the rest said that they did not have time to visit a charity shop or did not know clothes could be recycled.

Maria Rodriguez, a 50-year-old vintage retailer, has been into the vintage lifestyle for five years now, and she shares the same opinion as Larson regarding the ethics of sustainability that this lifestyle carries with. 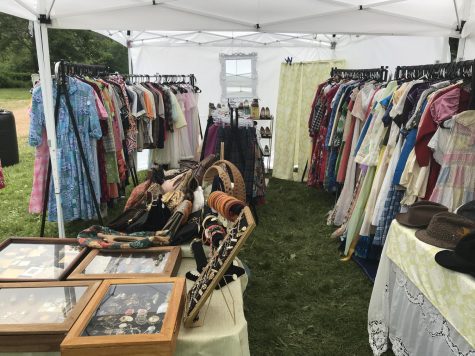 Maria Rodriguez sells vintage clothing and other items at the first annual World War II Days in Wisconsin in 2018.(Photo by Courtesy of Maria Rodriguez)

“On the sustainability level, it can help by wearing an item that’s obviously not mass produced and ending with a dozen of the same unneeded item in garbage bins or overflowing thrift shops,” Rodriguez said. “But it can also go wrong if a person only wants the items for a short time and tosses them out, thus removing it altogether from us and not preserving its history.”

Francine Nesbitt, who has owned Whatnots & Whimsies Antique and Vintage consignment store located in Elgin, Illinois for 20 years, gives a somewhat different point of view, referring to the use of leather and fur for articles of clothing and accessories.

Although in the last years the protests against fur and leather in fashion have increased enormously, it is clear that the fashion industry has relied for a long time on the use of these resources to grow and expand as society demands novelties. 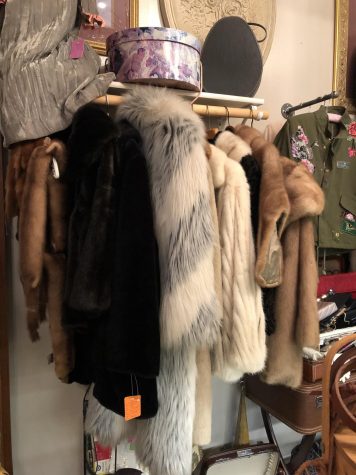 Valeria Mancera-SaavedraBuying previously worn clothing, such as fur coats, is becoming a popular sustainability option for consumers. These garments are found in antique stores.

“Vintage is definitely sustainability. The way I see it is that by buying and selling vintage, I’m saving another animal from being killed,” Nesbitt said. “That animal already died, so why not honor the animal if it’s already made into a coat instead of going out and killing more animals to make more clothes.”

Larson also states that buying recycled or previously worn clothing not only helps minimize that negative ecological aspect, but it is also “budget-friendly.” Although some vintage can get very expensive, there are many different places where people can get a great variety of clothes for very low prices.

For people like Larson, Nesbitt and Rodriguez, who work and know about this vintage trend, buying and consuming clothes from thrift or antique stores does not mean not having the sufficient budget to buy new clothes from any other department store, but they see it as a way to contribute something positive in society without having to put aside their essence and personality.

“I do believe it can help a person with their conduct. I believe that it does make you more aware of your stance, walk and appearance,” Rodriguez said. “The vintage outfit the person is wearing will have a history and a perceived notion attached to that specific era.” 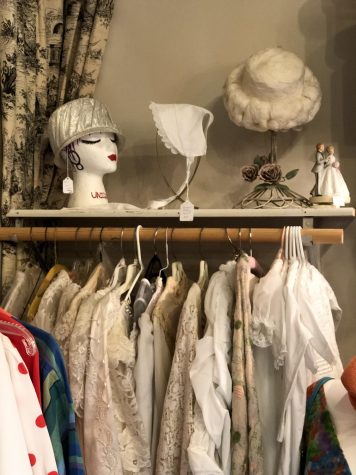 Valeria Mancera-SaavedraAt least 90 percent of the clothes and accessories in Nesbitt’s antique store are authentic vintage.