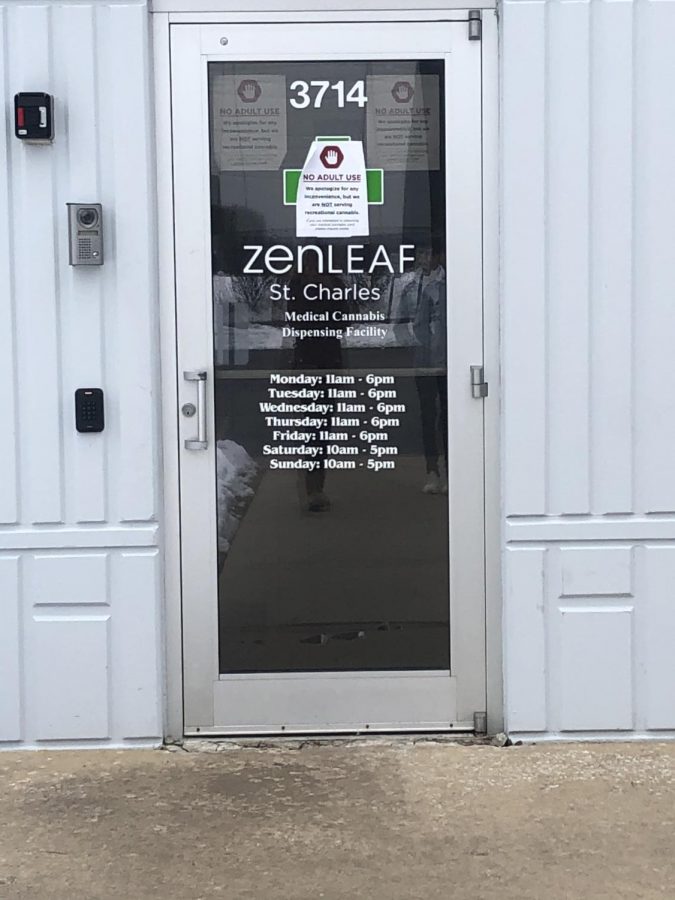 New Year’s Day was celebrated differently this year in Illinois. On January 1, 2020 the legalization of marijuana happened in Illinois and many people were standing in line at dispensaries ready to purchase their first legal weed strains of the year.

There are two types of cannabis, which is THC (tetrahydrocannabinol) and CBD (cannabidiol). The difference between the two is THC is the main psychoactive compound in marijuana that gives the high sensation and CBD can be extracted from hemp or from marijuana. Hemp plants are cannabis plants that contain less than 0.3% THC.

Cannabis can have a lot of benefits for people, including relieving chronic pain, improved lung capacity, as well as helping treat depression, anxiety, ADHD/ADD, PTSD symptoms and more.

Elgin Community College student, Mariah Henry, feels that the legalization of marijuana is a good thing and hopes that people who have been incarcerated will get it sponged off their records since it is now legal.

“I’ve seen in other states that inmates were released and had their records clean from it, so I hope that it happens in Illinois, too,” Henry said. “There’s more strict rules about people smoking marijuana than tobacco products when tobacco products are proven to actually ruin your health and possibly kill you.”

Henry also feels that the government needs to worry about more serious issues now that marijuana is legalized.

“With weed being legal, there’s other concerns that the government needs to worry about, and honestly, weed should’ve been legal. There’s not even the same harm of weed that vaping has, yet vaping doesn’t seem as such a bad thing,” Henry said.

ECC student Tyson Becker has mixed emotions about the recent legalization of marijuana. He thinks that the benefits that it brings are good but there’s still a way to ruin things for others.

“My mom, who has knee pain, had surgery quite a few times, so she has a medical card to get marijuana to help her with the pain, and from all the medicine she takes, it helps her have an appetite to eat,” Becker said.

“I just hope people are smart about it, because even though it’s helpful to some, people don’t need to go crazy and do stupid things that put others lives in risk,” Becker said. “I heard about a dispensary in the city getting robbed and I feel like it’s not even all that serious, but thankfully no one got hurt just profit lost to that business.”

ECC Chief of Police, David Kintz, had no incidents in his two years of working at ECC with students smoking cannabis  on ECC campus property and because of the new law he doesn’t expect to have any problems still.

If students were to bring cannabis on school property it would have to be sealed properly from a legal dispensary.

“Fresh smell has to be in a sealed container. If you can smell it, then you aren’t having it sealed the right way,” Kintz said.

Even if the student is the legal age or has a medical card they still can not have the cannabis with them and it’s best to leave it at home after purchasing it.

“Under no circumstances can students bring cannabis into [the] ECC campus. And though it won’t affect a student’s FAFSA, it can affect the student status,” Kintz said.

Though there are designated smoking areas for tobacco at ECC, you can not smoke cannabis.

“Even though ECC is a smoke-free campus, and students are allowed to smoke tobacco in their cars with the windows up in the parking lot, students can not smoke cannabis in their car,” Kintz said. “Even if the car isn’t running a student can still receive a DUI.”

Even though marijuana is legal, it’s still important to know that you must be 21 years old to purchase, possess, or even use recreational cannabis. You are only allowed to carry 500mg of THC edibles, 30 grams of plant material and 5 grams of cannabis concentrate. You can still receive a DUI if you are driving while under cannabis influence. Smoking is not allowed on ECC campus, including the parking lot areas.