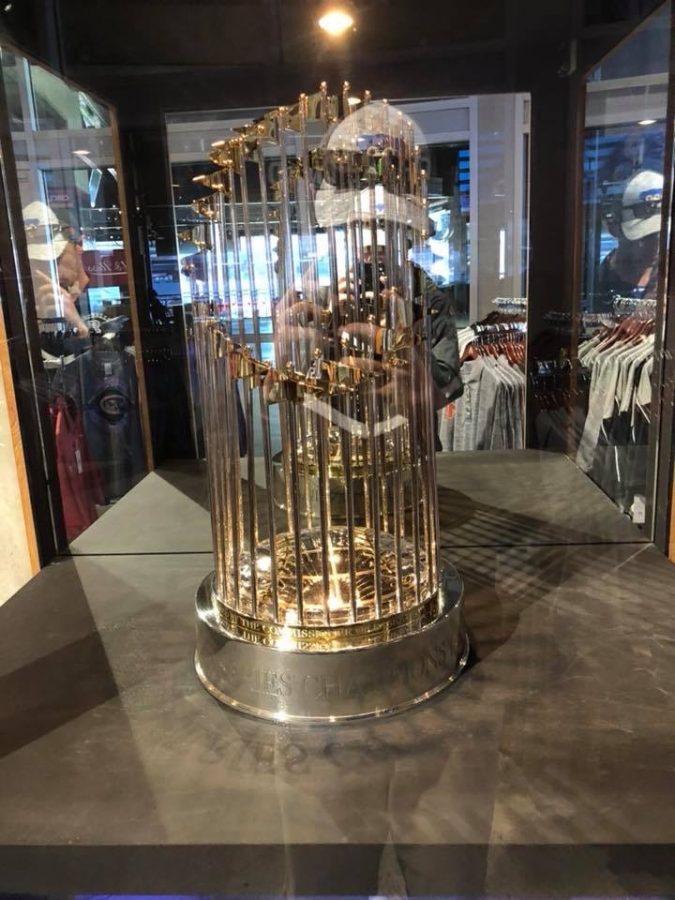 As the snow begins to melt and the turf starts to change from brown to green, the lead up to the start of Major League Baseball becomes more of reality.

I love baseball. It’s “Americas’ pastime,” baseball was the first team sport I played, and it was my first moonshot dream of playing for the commissioners’ trophy and winning the World Series. Americas’ pastime, though, received a black-eye this winter when news broke that the 2017 World Series champion Houston Astros had been stealing opposing teams’ signs by using centerfield cameras and then signaling from the dugout what pitch would be coming from the dugout.

This scandal has costs both the Astro’s General Manager Jeff Luhnow and the clubs skipper, A.J. Hinch, their jobs, but the fallout also cost Boston Red Sox’s manager Alex Corra and the New York Mets newly hired manager Carlos Beltran their jobs. Corra previously was the Astro’s bench coach during the 2017 season and Beltran was a player during the time of the scandal in Astros organization.

Along with these handful of people, the league also fined the Astros organization the maximum allowable amount of $5 million and forfeited the club’s first and second round draft picks for the 2020 and 2021 seasons.

The shocking development in this story has become the backlash from the players in the league and the apparent disconnect between the players and MLB commissioner Rob Manfred. High profile players within the league have expressed the dissent with not only the punishment, but also the example, or lack thereof that it sets for the future of the game.

“I personally think it’s worse than steroids…Steroids you still have to compete and hit the ball,” said Chicago Cubs third baseman and former NL MVP winner Kris Bryant during an interview at spring training camp in Mesa, Arizona.

Other players have called for Commissioner Manfred to vacate the 2017 championship. Cubs pitcher Yu Darvish, who was a member of the 2017 LA Dodgers World Series team tweeted out “In the Olympics if the players cheat, you can’t have a gold medal, but they [Astros] still have a World Series title.”

I, for one, stand with the players on this issue. The Astros sign stealing campaign is the biggest blemish on the league record in recent memory. The last issue that created such a great divide was the steroid scandal almost a decade ago.

Bryant said it best, it is one thing to take drugs to make you hit the ball farther, but the fact in that scenario is you still have to hit the ball.

I played baseball in high school, and from personal experience, it is hard enough to make contact with a pitch. Knowing what pitch is coming degrades the game and rewards those who lack integrity and sportsmanship.

The steroids scandal has cost some of the best players in the long history of the game a chance to be enshrined in Cooperstown, but Rob Manfred refuses to do the same for an organization that crossed a very sacred line.

I was taught from a very young age that baseball is a game of integrity, so what example does this punishment set for the kids who look up to these players?

How do we as coaches explain that we are better than this? What can of worms has been opened because of such a lax fine?

The example has been set by this leadership that cheating to win will not be treated with the magnitude it deserves, instead the league has set the precedent a fine that can be made up from stadium beers sales and a firm “don’t do this again.”

Players should be forced to return championship rings. Furthermore, Major League Baseball should investigate which players were involved and like the organization, players should face hefty fines for partaking in the degrading of the sport.

We may never know if the Astros would’ve won the 2017 World Series if they were not stealing signs; that point is moot. The larger point is the Astros have tarnished the principles of what the game was built on; sportsmanship, honesty, integrity, and skill.

It’s an obvious foreshadowing that the Astros players will be the villains of the 2020 season, it’s time for them to accept the boos and truly reflect on the outrage by players and fans alike.