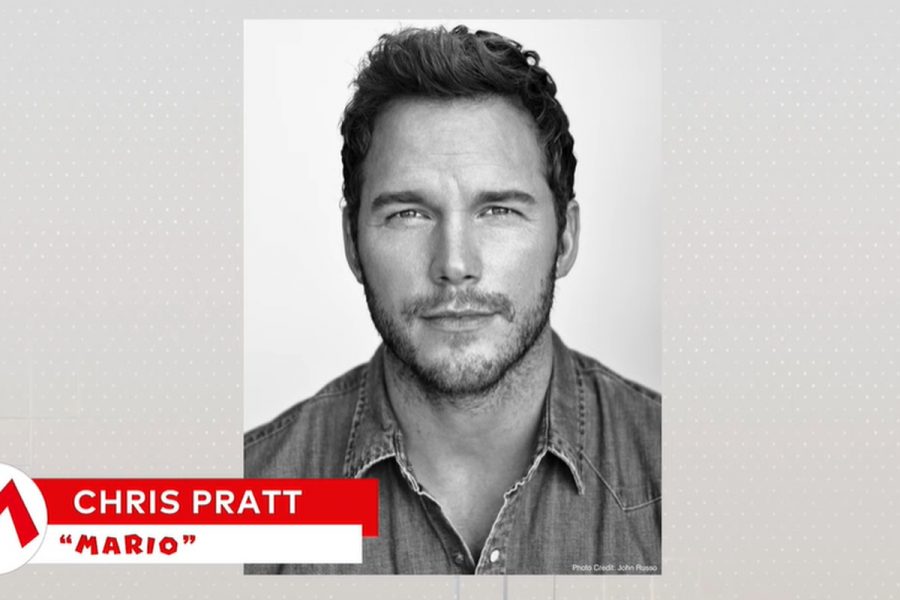 On Sept. 23, 2021, the latest Nintendo Direct— an online live-stream that reveals news regarding Nintendo games— was held. In it, new games were revealed, such as, “Kirby and the Forgotten Land,” “Splatoon 3” and “Bayonetta 3.”

Some updates were also revealed, such as the next “Mr. Sakurai Presents” for the last Super Smash Bros Ultimate DLC fighter, an “Animal Crossing: New Horizons” update where a character called Brewster is finally arriving to the game, and some updates to “Mario Party: Superstar.”

Perhaps the strangest news revealed was the casting for the new Mario movie set to release Dec. 21, 2022, produced by Illumination Entertainment. Many were left perplexed by the bizarre casting.

Additionally, “The Smurfs” actor Fred Armisen will voice another “Donkey Kong” series character, Cranky Kong. “Gravity Falls” actor Kevin Michael Richardson will be voicing Kamek. Stand-up comedian Sebastian Maniscalco will voice Spike. Mario and Luigi’s original English voice actor, Charles Martinet, is going to have a cameo in this movie, although it’s unknown how he will be incorporated.

What do all of these voice actors have in common? They’re all popular actors or comedians. While several of them have a lot of voice acting experience, such as Black, Pratt, and Day, others don’t. Some examples are Maniscalco, who has only ever voiced Johnny in “The Nut Job 2: Nutty By Nature,” and Taylor-Joy, who has only had the voice role of Brea in “The Dark Crystal: Age of Resistance” prior to this upcoming movie.

By hiring so many popular actors for their movie, Illumination gave off the impression that they only care about casting who’s popular as opposed to who can play the role well. Given their track record, that impression is warranted.

Illumination Entertainment began in 2007, founded by Chris Meledandri. Meledandri started his studio with the intention of keeping it a low-cost model and has adhered to that promise. For example, “The Secret Life of Pets” (2016) had a budget of $75 million and made $875.5 million back. That’s a vast difference between budget and box office numbers.

Just like the upcoming Mario movie, “The Secret Life of Pets” features celebrity voice actors too, such as Louis C. K. playing the main dog, Max, and Kevin Hart playing the quick-tempered bunny, Snowball. In the sequel, C. K. was replaced by Patton Oswalt after the former admitted to multiple instances of sexual misconduct with women.

In general, Illumination has the tendency to cast celebrity voice actors. For example, “The Lorax” (2012) features Zac Efron, who voices the main character Ted, and Taylor Swift, who voices the love interest, Audrey, a character not in the books. Many critics have voiced their displeasure about the decision to cast A-list celebrities for voice roles, but Illumination still continues to utilize this strategy. This is due to the success that they have gotten. If a method brings in the money, why stop now?

Considering that the “Super Mario Bros.” series is a popular franchise, it would make sense for fans to be upset by the casting. It feels like even more of a slap to the face for Mario fans to have the original English voice actor for Mario in the movie but not as the character that he is known for playing.

This is not to say that having different actors voice a popular character always fails in the end. For example, in “Sonic the Hedgehog” (2020) Ben Schwartz plays the titular blue hedgehog even though Roger Craig Smith voices him in the games. “Pokemon: Detective Pikachu” (2019), another successful video game movie, featured Ryan Reynolds as the talking Pikachu who accompanies the main character, Tim Goodman. Both Schwartz and Reynolds brought life and personality to these characters because they were both fit for the role.

However, the main concern with Pratt playing Mario is the overall example Illumination is setting to other movie companies. The popularity of “The Secret Life of Pets” and “The Lorax” reinforces to them that they don’t need to hire actors with talent. They just need to hire A-list celebrities and the money comes rolling in. If other movies are noting Illuminations tactics and replicating them themselves, then voice actors and lesser-known actors may, over time, become overshadowed by A-list celebrities.

I desperately want this movie to be good. Over the past two years, video game movies have started to make a name for themselves. Oftentimes, especially in the 90s, video game movies and TV shows were known for being awful. However, the existence of “Pokemon: Detective Pikachu” and “Sonic the Hedgehog” proved that it’s possible to make good video game movies that fans and non-fans of the original game can enjoy.

The fact that Illumination Entertainment is making this movie, however, doesn’t give me a lot of hope. They have always stuck to the formula of having a low budget, pushing the advertisement for the movie, and then having the product end up mediocre at best.

Here’s to hoping the Mario Movie doesn’t succumb to the Illumination Formula and remains respectful to the source material. I’m not holding my breath.