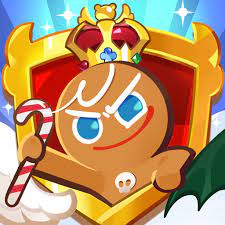 On June 15, 2009, the mobile game “Cookie Run: Ovenbreak” was released to the public. It was an endless-running mobile game, similar to another mobile game, “Subway Surfers.” Set in a world of sentient cookies, “Ovenbreak” focused on the cookies trying to escape the evil clutches of the witch who made them. Game modes in “Ovenbreak” include “Breakout,” “Cookie Trials” and “Guild Run.”

The game received moderate attention, initially having a small fandom. That changed when a spinoff, “Cookie Run: Kingdom,” came around.

Unlike its predecessor, “Kingdom” mostly focused on the protagonists trying to rebuild a lost cookie kingdom. It’s a gacha game and RPG-world building hybrid.

“Gacha game” refers to any game that has a gameplay mechanic where new items and characters can be obtained at a random rate, usually costing in-game items. These in-game items can be earned through gameplay or purchased using real-world money.

The sudden rise in the game’s popularity surprised many people. But thanks to TikTok and YouTube Ads, this presumably obscure franchise has become well-known.

The popular social media app TikTok often brings obscure media into the limelight. For example, songs such as “Castaways” and “Into the Thick Of It” from the children’s show “The Backyardigans” suddenly became popular on the app in 2020. Another song, “Nippon Egao Hyakkei” (One Hundred Smiles of Japan) from the anime “Joshiraku,” caused the once-obscure anime to suddenly gain attention. “Cookie Run: Kingdom” content is prevalent on TikTok as well.

Looking at the tag #cookierunkingdom, it’s clear that many people enjoy the game. There’s no shortage of fan art, videos and edits of the game. “Cookie Run: Kingdom” is so common on TikTok to the point where anyone could eventually get curious about the game and potentially even download it.

Another contributing factor to the popularity of “Cookie Run” is advertising on YouTube. During August and September of 2021, “Cookie Run: Kingdom” ads were extremely common to stumble across. Those ads must have sparked the curiosity of at least a few viewers. But then again, this is simply guesswork.

In summary, there are many factors that contributed to “Cookie Run’s” sudden popularity, but the main two factors are YouTube ads and TikTok popularity.