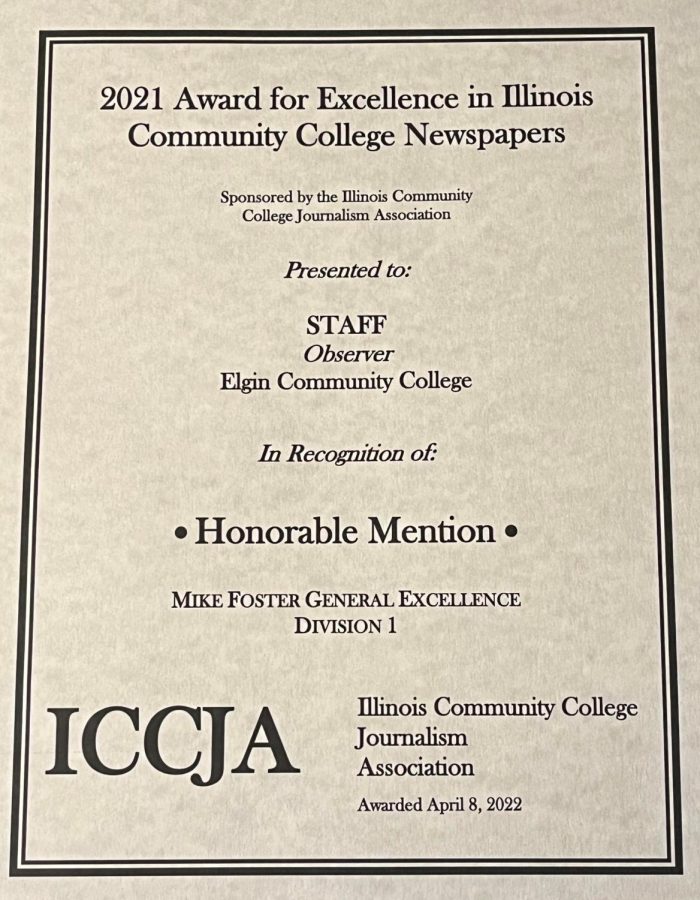 The Observer earned 6 awards at the Illinois Community College Journalism Association (ICCJA) spring conference.  The awards were for all community college journalism work for all of 2021.

Lina Fasihi, a current staff photographer, won for best news photo for their picture of an ECC chemistry class.

Taylor also won 2nd place for Reporter of the Year for her collection of news stories.