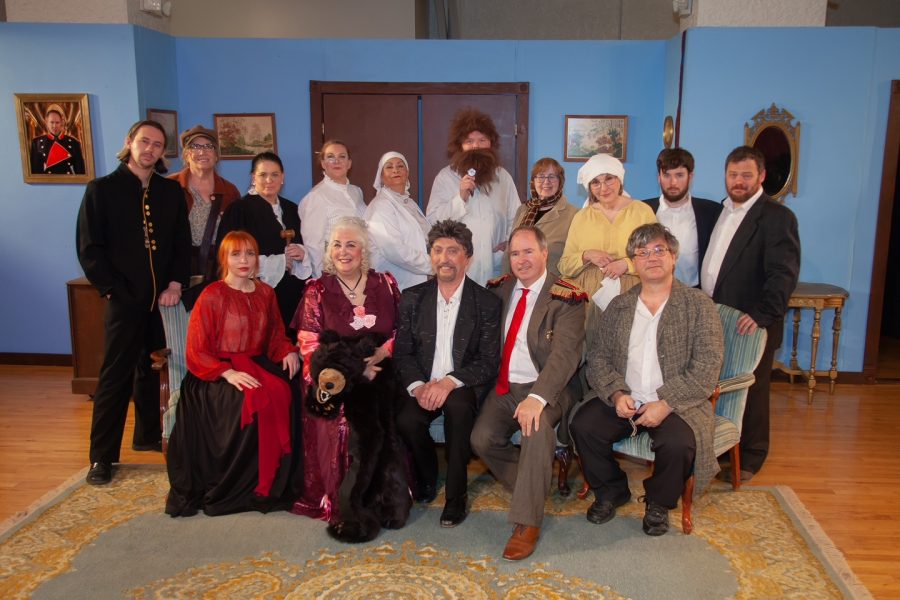 During the past three weekends, the Independent Players performed six shows of “The Government Inspector” at the Elgin Art Showcase.

This show featured two actors from the ECC community. ECC student Mathias Mapes played the role of Svistunov. This was his third ever show with the independent players. He said he enjoys doing these types of shows because they bring great joy and even better friends.

Laura Schaefer, an office assistant for VPAC, was also involved in the show. Despite having spent more time in comedy and improv, Schaefer likes to act as well. She first found out about these passions after she realized working the office job lifestyle wasn’t for her.

“I went here for two years,” Schaefer said. “I got my degree and realized I didn’t want to be working in the office. But back then, some parents thought the best way for a woman to make it anywhere was to be working in an office. And at St. Eds, they had a really big selection of programs for women. So he was sorting of telling me where to go with my life. So I did two years of here and then I said, “I ain’t doing this.”

Both Mapes and Schaefer talked about comedy being their favorite part being the comedy aspect of the show.

“The fact that there are so many quick one-liners or the fact some of the jokes are so well thought out or there are ongoing gags going on throughout the show,” Mapes said. “It’s funny to be in and funny to see it. Even just watching it from backstage or watching it get performed in practices. It’s a nice and funny story.”

The satirical play was first written by Russian writer in Nikolai Gogol in 1836. There have been several re-adaptations of the play, including one written by Jeffrey Hatcher, the version the Independent Players performed.