A look into some “haunted” places in the Elgin area 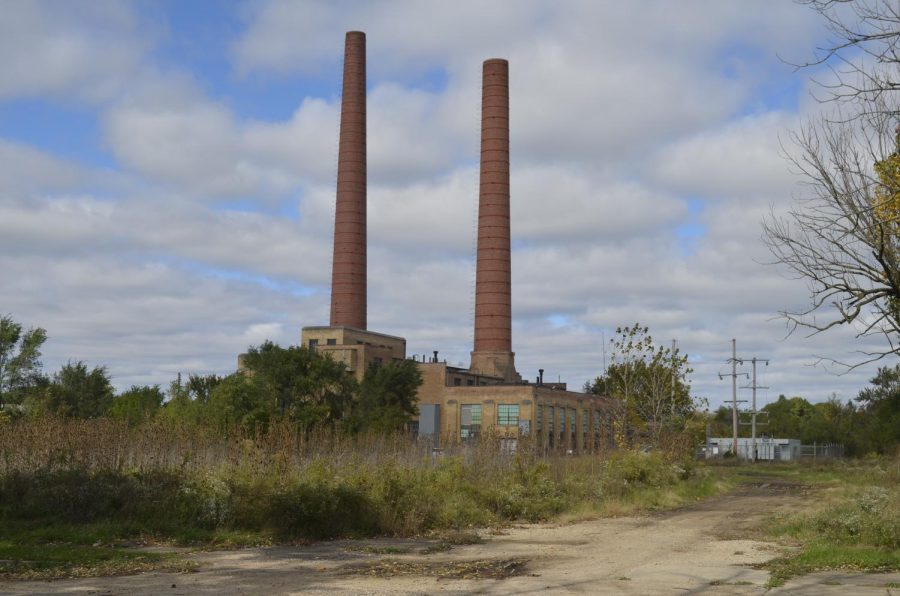 A building on the Elgin Mental Health Center campus.

Growing up in Elgin, there were many times when I would be riding my bike down a street, and I’d come upon this eerie and ominous looking building. As I rode past the building, my mind and imagination would begin to race. I’d start to see weird shadows in the windows and hear odd noises. I was sure that that place was haunted and refused to look in its direction any time past sundown.

Now, if I drive past that same building years later, I realize that there probably isn’t anything supernatural happening in that building. But that’s the thing about the city of Elgin and some of its areas, there are a lot of old buildings and sites that have superstition and supernatural stories surrounding them. Being a skeptic, I always take these types of stories with a grain of salt. But the closer we get to Halloween, the creeper the stories of these places become.

When talking about haunted places of Elgin, you can’t forget to talk about Channing Memorial Elementary School.

The school was built in 1968, but before that, the land was used as the first public cemetery of Elgin until 1945 when it was officially closed. Before its closing, most of the bodies were relocated to Bluff City Cemetery. In the early days of the school, students would frequently report finding pieces of gravestones in the fields of the school. Bodies still remained on the school property until 1999 when the remaining bodies were excavated and removed for the addition of a new building to the school. This dark history is what has helped spread various ghost stories about the school throughout its years. Growing up, I remember hearing weird and creepy stories all the time of people that attended the school and from others that had simply heard some stories.

These stories would often include people claiming to see a ghostly figure of a woman in white that would roam the halls. They would catch a quick glimpse of the woman, but she would suddenly disappear before they could get a good look at her. Students would be walking through the halls alone and suddenly feel chills. They would feel a haunting presence behind them, but if they turned to look, there would be no one there.

When visiting the park located in the back of the school, it is easy to forget the area’s dark past and supposedly haunted status. The park has swing sets, tennis courts and a couple of kickball fields. You can watch kids run around, enjoying the big open fields of the area. The only real reminder of what once was is a sign placed along the walking path used to inform visitors that the area they are walking in was once the home of over 3,000 grave sites.

A couple of miles away from Channing Elementary in the neighboring city of Bartlett is the famous Munger Road. The legend of this road is popular among teenagers in the area. According to the legend, there was once a school bus full of children driving across the hilly road when it suddenly became stuck at a railroad crossing on the street. Then as the bus sat on the tracks, an oncoming train hit the vehicle, killing all the passengers inside. Now it is said that if you visit the road late at night and stop on the train tracks with your car in neutral, you will suddenly begin to move forward as the spirits of the children that died in the accident push you away from the tracks in an attempt to save you from meeting the same fate. Some even report that if you sprinkle baby powder or flour on the rear end of your car, you can see multiple little handprints left by the spirits covering your car.

Throughout high school, many of my friends lived near Munger Road and would swear that the stories were all true. A group of friends and I went and visited the train tracks very late at night to see if we could see or hear anything out of the ordinary, but we didn’t. And out of fear of actually getting hit by a train, we decided not to put out lives on the line by stopping in the middle of the tracks and hoping that some ghosts would save us from any oncoming trains. But regardless of whether or not the legends are true, the area and its superstition are very popular among locals. It was even the subject of a low-budget horror film made by a St. Charles native. It is almost like a rite of passage for local teenagers to jump in their cars and take a cruise down the secluded and dark road in hopes of catching a glimpse of something not of this world.

Another popular site of superstition in the area is the Elgin Mental Health Center. During its early days, the mental health center was used as a place to treat various types of mental health issues by the state. The center currently helps in treating some individuals who have been incarcerated for crimes but also suffer from various mental health issues.

As you drive on State Street in Elgin, you cannot miss the health center as you pass by. The campus covers over 1,000 acres and is home to many aging and grim looking buildings. As you drive by, you can see various outside areas surrounded by tall chain link fence with basketball hoops. The center has caught the attention of media outlets throughout the years due to patients harming staff or sometimes even escaping. The mental health center also has an on-site cemetery that was used during the 1900s for patients. The cemetery holds almost 1,000 graves.

With its long history in the city and aging buildings with a cemetery, the Elgin Mental Health Center is very popular among those that believe in the supernatural. People often say that the spirits of patients who have died at the Mental Health Center still haunt its buildings and cemetery. Stories of odd sites and sounds from staff and patients are often spread by locals.

These places are only a few that I remember hearing about as I grew up in this area. With cities as old as Elgin and Bartlett, it isn’t a surprise that stories of the supernatural spread like wildfire in this area. I do not personally believe every story I hear about places being haunted or of people seeing ghosts, but I love to hear about them. Whether or not they are true, I can’t help but enjoy people recounting their personal experiences with the supernatural.

Its like watching a scary movie; you know that you’re not in any danger, but once the room starts to get quieter and the music starts to get creepier, your heart begins to race, you become entranced and you think, “What if it’s real? What if they’re telling the truth?” Then, the next time you’re home alone or you’re walking in an old, dark building, and you hear something weird, maybe you’ll stop and wonder if it was just the wind or something from beyond this world.